Vulnerability that can be used to DDoS DNS

May 6th, 2021: Today, researchers at SIDN Labs, (.nl registry), InternetNZ(.nz registry) , and at the Information Science Institute at the University of Southern California publicly disclose tsuNAME, a vulnerability in DNS resolver software that can be weaponized to carry out DDoS attacks against authoritative DNS servers.

We publicly release the following items:

We have disclosed tsuNAME during the DNS OARC35 workshop. You can check our slides too (video will be later posted).

Before publicly disclosing tsuNAME, we have followed responsible disclosure guidelines and notifying vendors and operators 90 days ahead of the public disclosure.

In the meantime, two large Public Resolver DNS providers (Google Public DNS and Cisco OpenDNS) have fixed their software. We thank both Google and Cisco for fixing that vulnerability, given they are among the largest DNS services on the Internet. However, there are many other resolvers that may be vulnerable to tsuNAME.

Before this public disclosure, we disclosed tsunNAME to a series of trusted parties in trusted events, such as DNS-OARC, APTLD, LACTLD, and CENTR (all DNS-community events). Please see our Security Advisory for more details.

We found some DNS resolvers software start to loop when the encounter domain names that are misconfigured with cyclically dependent NS records. Is this loop that can be used against authoritative servers.

RFC1536 describes cyclic dependencies (albeit not using this term) on section 2:

Even though RFC1536 says "loop can exist", it does not say how they can become amplification vectors. We show that these loops(cyclic dependencies), in combination with vulnerable resolvers and triggerng queries, can be used to DDoS authoritative DNS servers.

Our technical report describes a tsuNAME related event observed in 2020 at the .nz authroritative servers, when two domains were misconfigured with cyclic dependencies. It caused the total traffic to growth by 50%. In the report, we show how an EU-based ccTLD experienced a 10x traffic growth due to cyclic dependent misconfigurations.

In the case of .nz, we found that most queries were originated from Google Public DNS, but not all. Google has then fixed their software after our notification, and even kindly awarded us on their Vulnerability Award program (we will donate the award to an Internet charity). Similarly, Cisco OpenDNS has also been fixed after our notification.

We are happy that both Google and Cisco have mitigated this vulnerability in their resolver software. However, many old resolver software may still be vulnerable to tsuNAME, so we encourage resolver operators to follow our recommendations on our Security Advisory.

Last, given that the victims of tsuNAME related events are authoritative server operators, we recommend them to use CycleHunter periodically, so they can detect and eliminate cyclic dependencies from their zones ,which is the real trigger for vulnerable resolvers.

We have tested some resolvers in our technical report. Here we include the official statementes provided by resolver developers and operators: 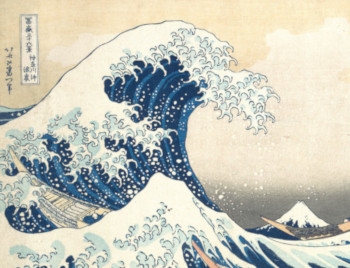 A service provided by: